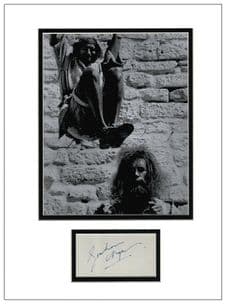 The Lord Of The Rings & The Hobbit

Lord of the Rings autographs for sale at Autograph Collection - a wide selection of autographs and signed photos from Peter Jackson's epic adaptation of JRR Tolkien's best-selling novels The Lord of the Rings and The Hobbit. The initial trilogy began in 2001 with the release of The Fellowship of The Ring followed by The Two Towers (2002) and The Return of the King (2003) with an estimated overall budget of $300 million. The films made huge stars of Elijah Wood (Frodo), Andy Serkis (Gollum), Ian McKellen (Gandalf), Orlando Bloom (Legolas) and many others. The Hobbit was also divided into three parts - An Unexpected Journey (2012), The Desolation of Smaug (2013) and The Battle of the Five Armies (2014) - but has not met with either the commercial or critical success of its predecessor. Both films, however, have become a popular focus for autograph collectors 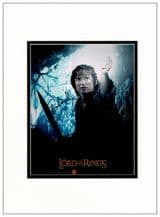 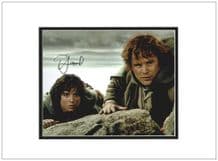 Elijah Wood Autograph Photo - Lord of the Rings
£68.00
Add to Cart
Show Options
Out of Stock Kiran Shah Autograph Signed Photo - The Lord of the Rings
£15.00
Add to Cart
Show Options
Out of Stock